A downloadable game for Windows, macOS, Linux, and Android

This game is in 'beta' status. This means the game is in active development and can contain bugs. Features are not yet complete and will change between versions.

At the moment this game is two-player only. You need two game controllers and one friend to play this!

Black Hole Master is a simple, fast and difficult arcade game for two players. In a galaxy far away, an alien civilisation has mastered the control of stars and black holes. You are a Black Hole Master, a player trained for participating in the popular black hole battles. This app is free on all platforms, it has no ads and no in-app purchases.

Black Hole Master is a light-hearted remake of one of the first computer games, Pong. In this remake, each player now controls a black hole! The objective: to use the gravitational force of the black hole and a slingshot motion to fling approaching stars towards the other player.

The game is being developed by a group of scientists working in the LIGO Scientific Collaboration. We want to make free and fun apps related to our work. The LIGO project has built a completely new class of observatory that can detect gravitational waves. Gravitational waves are ripples in the fabric of space-time. They are produced by violent cosmic events, such as the collision of black holes.

Please send us your suggestions, comments and bug reports so that we can improve the game. You can use the comment section at the bottom of this page or contact us at laserlabs.org. Thanks a lot!

We will publish this game on iOS and Android stores later, meanwhile you might want to try the apk file below for your Androind phone. 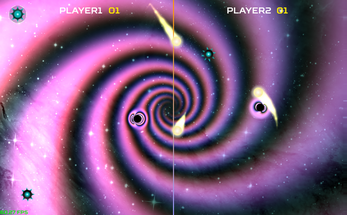 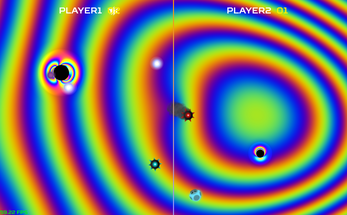